Download the 2019 Maine Lobster Chef of the Year recipes

The Maine Lobster Chef of the Year Judges:
Mindy Fox is a food writer, editor, author, and former chef. A frequent contributor to Epicurious, and former editor at Saveur and La Cucina Italiana magazines, her work has also appeared in Food & Wine, Bon Appétit, In Style, Rachael Ray Every Day, The London Times, and more. Mindy has authored several cookbooks of her own and co-authored cookbooks with Sara Jenkins of Nina June in Rockport, Gail Simmons of Top Chef, and, most recently, Queer Eye’s Antoni Porowski. She lives in Portland.

Tracy Griffith is the former chef/host of “Cooking with D.I.Y.” and chef for “Bertolli Presents” for FoodTV.net. She was the chef/host of ”D.I.Y. Holidays” and in “Celebrity Dish” she hosted recipe demonstrations with the private chefs of celebrities. She is the first female graduate of the California Sushi Academy, and became known as the “sushi chef to the stars” and developed her signature sushi “American style” at Tsunami in Beverly Hills. She is the author of Sushi American Style. Tracy was inducted into The American Culinary Federation and The American Academy of Chefs and is a member of Les Amis D’Escoffier Society and Les Dames d’Escoffier Society. 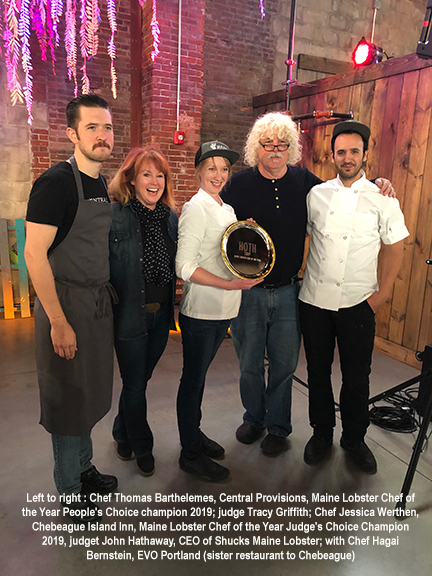 About the Author: Harvest Harbor